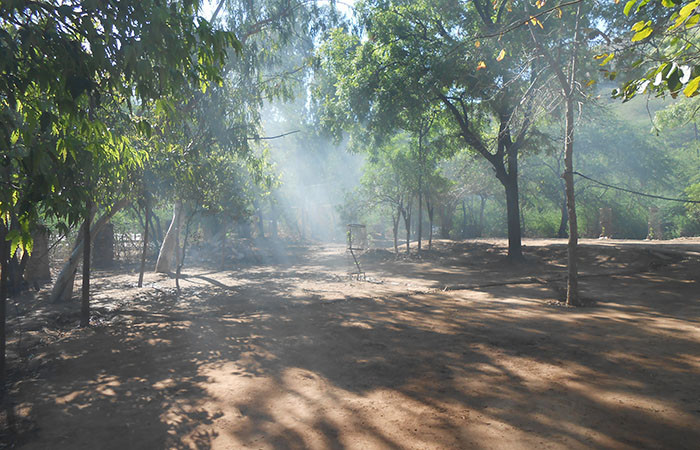 Gratefully to Andrew Popov, who once asked an old Indian antiquarian and seller of ancient sabers if he is able to use them

There are quite similar weapon handling practices spread in North, Central and Eastern India. Unfortunately, they are also similar in their pronounced festive nature, determined by the fact that holidays and festivals are the main place and motive for their demonstrations. Perhaps, the fate of Indian martial arts would have been different if the main place for their application were tournaments and championships.

Considering these circumstances it is possible to understand my surprise and further delight when I found out such practices, but with real practical value, including conscious movements, application of force and, most importantly, accompanied with at least minimal explanatory theoretical basis.

It should be noted immediately that there are no such familiar to the Europeans concepts as «school», «style» and «martial arts» in this case. The Indians themselves, naturally, refer these exercises to the Mahabharata times, and believe that almost always they existed in this form. 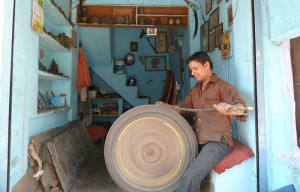 Manmal Panchal was born in 1946, and his clan belongs to “sekligarh” podcast consisted of blacksmiths and armorers. His father, grandfather and subsequent ancestors served as the armorers at the court of Maharaja Bundi, and until recently Manmal himself continued receiving of a formal remuneration corresponding to his status. In modern life Manmal, like his father before, is engaged in antiques: Rajput paintings and weapons. Also he works with his sons in the workshop, where they sharpen sickles to peasants and scissors to townspeople.

But the most important fact is that Manmal like his father and grandfather is a guru and mentor of Akhara in Bundi, which is now called «Ganeshvayamshalla». «Ganesh» is known to everybody, «vayam» means exercises, «shalla» — is the place for training, school. Within this school certain practices were preserved till nowadays. Manmal considers these practices to be typical and common to the whole Rajasthan, but with some differences. To the question whether these differences that distinguish Manmal performance manner are exclusive to this Akhara or it is the personal Manmal manner, he replies that he was taught in this way by his father, who in turn learned from his father. And now how it was before.

In the first half of the 18th century ascetics-sadhus came in Bundi and founded Akhara on the shores of Lake. Their group – jamaat – consisted of 10-20 people. Together with asceticism they practiced fighting and weapon handling skills. One of the regular Akhara guru, who possessed extraordinary skills in martial practices, and approximately in the second half of the 18th century achieved samadhi, was placed in the imperishable form in Shiva temple on the Akhara territory. Since then this place continues to attract fans of these practices and those who just looking for or desiring something.

Manmal’s grandfather even lived in the time of last “lake” sadhu. We could only guess whether any continuity of community with the first sadhus was preserved by the time or not, including the content of the martial practices. All grandfather and his sons (including Manmal’s father) practiced fighting and weapon handling skills. One of the brothers was a famous fighter in the country. According to family legend one famous Iranian fighter came to him with a “friendly” visit to share experiences. During a duel, when his brother with an ear bitten by Iranian started to lose, his father aimed the gun at him and announced that he would shoot him in case of loss. Of course, the victory was won. 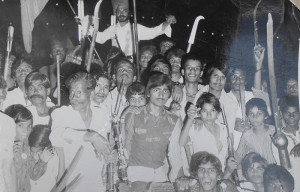 At the age of 12 Manmal began studying of traditional fighting and weapon handling practices with his father. In the 60-ies there was a huge interest for this area, and Akhara lived with a full life. Subsequently, with the disappearing of interest among the younger generation and with the age of Manmal, everything has changed. Now there is a slight rise of interest, but again, only in so dear to the heart of Indian colorful, demonstrative side of the practices. But still, either thanks to the holy sadh or innate talents of Manmal himself, or preserved continuity and fighting training of the warriors ascetics, these practices possess inner content and military tactical sense. 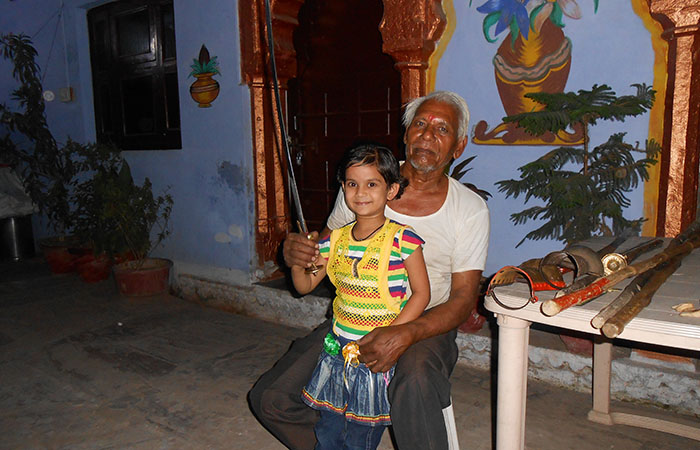