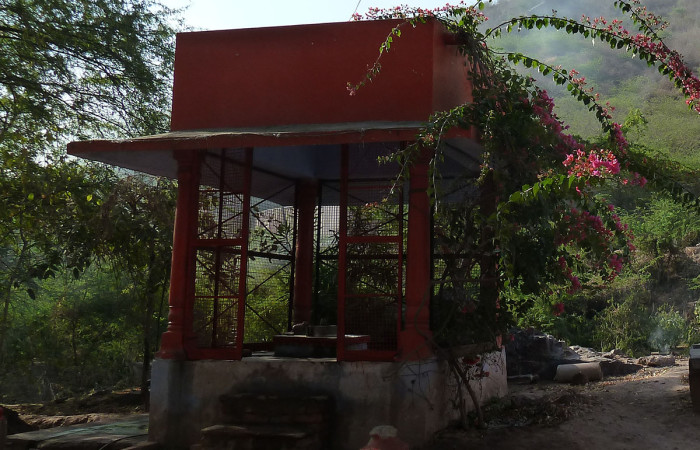 The notion «akhara» has several meanings: a sect, a group, something like a sub-unit and a military community, a sports gymnasium, a place for trainings. The time and different historical circumstances added new meanings to this word. 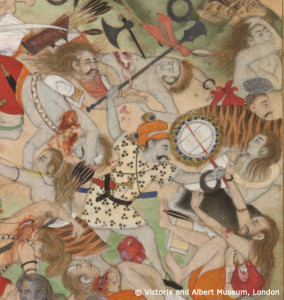 In India by the end of the 13th century there had already formed sects of armed ascetics, monks or yogis, but in any case sannyasins, who refused all material values of life. Such unions were formed in “akhara”, something like a monastic order. By the beginning of the Mughal invasion in the 16th century in the Rajputs circle there was formed a stratum of warriors, who after the harvest gathered together and armed peasants into militarized units or rather gangs in order to sell their services like condottieres who were contemporary with them. 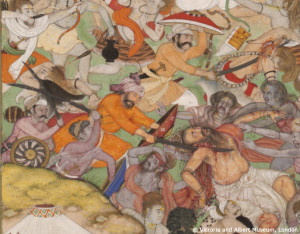 They gave up their occupations, left their home land and families as it agreed with the ideas of sannyasa close to every Hindu, and it could add a certain religious meaning to the idea of a simple hired squad, bringing it close to the units of ascetics. So initially “akhara” were a kind of monastic orders, but with time they could mean armed gangs of fanatics or mercenaries as well. This phenomenon was the most remarkable on the territories of marathas, in Bengal, Punjab and Rajasthan. There were purely religious and mystic akhara as well as purely militarized akhara. 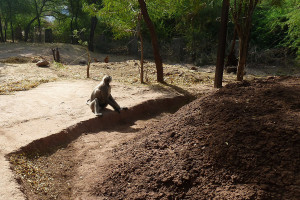 The earth embankment for the wrestling match

With time the term akhara was also applied to military communities, that united town and village dwellers like self-defense squads that had military training. With time the place, ground for the training was called akhara too. On the territory of akhara there was a certain temple and earth embankment for the wrestling match.

Each akhara had its own Guru and instructors who trained. With the appearance of regular forces akhara continued their independent existence: training of warriors in akhara and military trainings of the regular forces had nothing in common. That was quite natural, taking into consideration the fact that the regular forces started appearing in the epoch of firearms and were trained by European mercenaries.

The place for the training

In the 2oth century akhara are mostly unions of traditional wrestlers. Now there are akharas of muscle-strengthening training, of gymnastic, acrobatic and other types. The akharas of martial arts are few, little-known and irrelevant.

As for the ascetic’s practices of fighting skills that existed earlier in akhara researchers note that fighting practices harmonized very efficiently with the lifestyle the ascetics led. Monks used weapons not just to protect themselves or to pursue some aggressive goals. Being in a battle or the psychological state of the battle was an essential part of their self-identification. Physical development and dynamic exercises together with other practices served the main purpose of ascetics, namely, to achieve salvation.