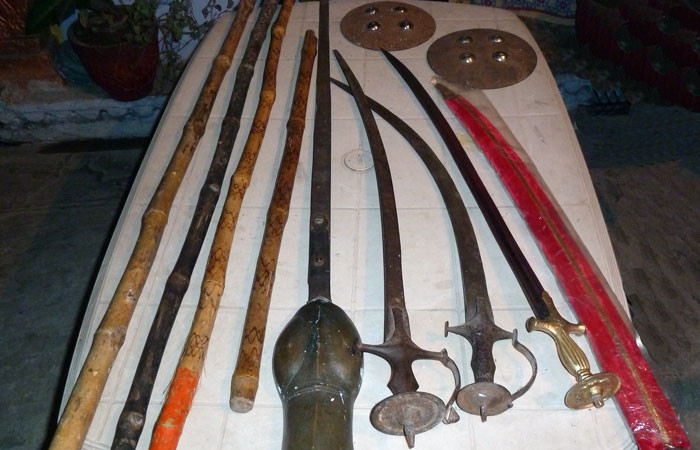 There is a technique known in North India as “pentra” in the basis of the method of movements. The role of pentra in this direction is that it is not a separate exercise, but the basic principle of movement with armed hands, which is always presented while being in motion.

Moving on the pentra basis is not only a defined sequence of steps. This is moving of the whole body, from the setting of foot, knee-joint, thigh and torso twisting. While learning these principles, they become more internal, and thus initial focusing of movements disappears. As a result, a skill of free moving both with the change of directions and ability of technical action at each step of movement become developed gradually. Methodically it seems to be right to focus on the foot setting and full transfer of body weight on the supporting leg at the beginning. The second leg either may be involved in the overall body work as a support for the torso twisting or even be positioned arbitrarily.